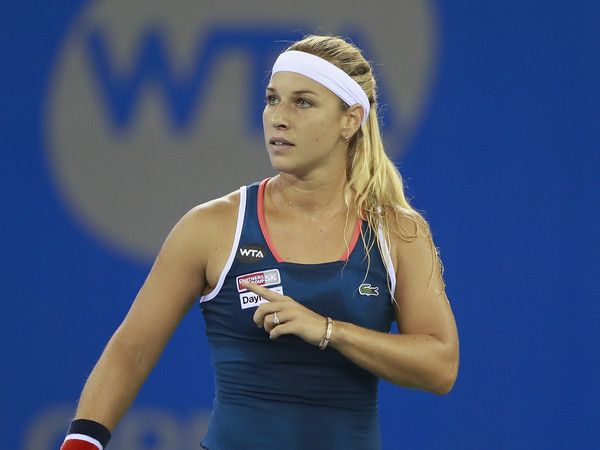 Although ATP was the main story of the week with the Masters 1000 in Shanghai, WTA still brought entertaining matches from Linz, Tianjin, and Hong Kong. It also brought a lot of question marks about the players’ fitness, with Agnieszka Radwanska giving a walkover in the quarterfinals after losing only 5 games combined in her first two matches, Muguruza retiring in the final set of her semifinal match, Kerber losing very easily to Daria Gavrilova. Despite that, Kerber’s lead as No. 1 was increased to 1,260 points over No. 2 Serena Williams, who is 1,000 points ahead of No. 3 Agnieszka Radwanska. Simona Halep is stable at No. 4, but less than a 1,000 points separates No. 5 Karolina Pliskova and No. 9 Johanna Konta, so the year-end championships can shake up this lower part of Top 10 a lot.

This week’s title winners were mostly surprising, with Dominika Cibulkova taking Linz, thus qualifiying for Singapore Caroline Wozniacki won Hong Kong as the No. 5 seed, getting back to Top 20, and Peng Shuai won Tianjin as a wild card, receiving 2 walkovers on her way to the title.

Movers of the Week

The ranking changes inside the Top 100 have been quite hostile this week, so this Mover of the Week is outside the Top 100, but definitely deserves this title. Peng Shuai moved up 74 spaces from No. 182 to No. 108 after winning the WTA International in Tianjin, beating Alison Riske 7-6(3) 6-2 in the finals. This is Peng’s best result since her famous semifinal run at the 2014 US Open, and her first WTA title in her career. This sets up Peng Shuai well for a Top 100 comeback in the 2017 season.

The Top 8 players in the rankings play the year-end championship in Singapore, which starts on October 23rd. Remember that Serena Williams and Victoria Azarenka already confirmed that they will not play any more events this year, so they are not included in these rankings. There is also WTA Elite Trophy in Zhuhai, which is contested by players between No. 9 and No. 19, and one wild card, which has already announced to be Shuai Zhang, currently No. 22 in the Race.

In this last week before the year-end championship, there is a WTA Premier in Moscow, where the race for the final spot in Singapore between Johanna Konta, Carla Suarez Navarro and Svetlana Kuznetsova will conclude, with one of the trio going to Singapore, and the other two being the favorites in Zhuhai. There is also a WTA International in Luxembourg, but points from there will not count into the Race for Singapore, only Zhuhai.