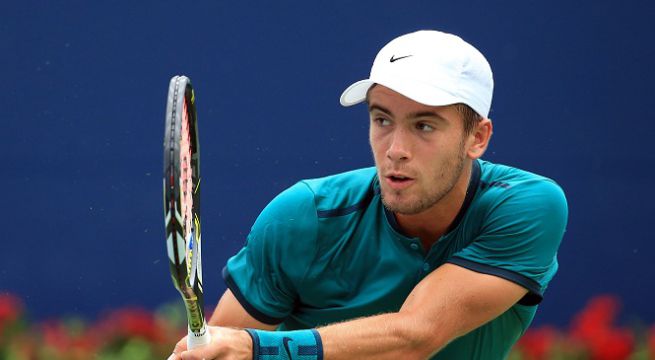 Coric won 10 consecutive games from 0-1 in the first set to build up a commanding 6-1 4-0 lead in the second set. It was evident that Coric’s high-profile rival was suffering from the after effects of his busy schedule at the Rio Olympics, where he won the men’s doubles title and reached the semifinals in the singles tournament, receiving treatment on his wrist during the match.

Coric’s win has ended his ten-match losing streak against top-10 players and it takes him to his first ever Masters 1000 quarter-final.

Nadal’s loss has sent his camp a stark warning ahead of the upcoming US Open. Nevertheless, the nine-time French Open champion remains confident about his performance.

“It’s not the ideal situation to come back to competition. It’s normal to come back a little slower, but having to come back for the Olympics didn’t allow that. Now I am paying (for it).” Nadal said.
“I didn’t think about retiring today against Coric. He has a little pain “everywhere” but nothing near what it would take to pull out. It will likely take a couple of full days off before hitting the practice court again.”
“In one week I went from practicing almost nothing to playing 23 hours in seven days.” He added.

In the last eight Coric will face the winner of the match between Tomas Berdych and Marin Cilic. The 19-year-old has now improved his win-loss record against Nadal to 2-1. He had already beaten the Spanish legend in Basel in 2014.

Thanks to this win, Coric has become the first 19-year-old to reach the quarter finals in a Masters 1000 tournament.

This week Coric has already beaten Nick Kyrgios in a marathon three-set thriller.

Steve Johnson beat Jo Wilfried Tsonga 6-3 7-6 (8-6) to extend his win-loss record in their head-to-head matches to 2-0. The US player got the first break of the match in the fourth game of the opening set. Tsonga earned two break points in the next game, but Johnson saved them both with his serve. The Frenchman got another break point chance in the ninth game but wasted it.

The second set went on serve until the 12th game when Tsonga went up 30-40 on Johnson’s serve but did not convert his set point. Tsonga got two mini-breaks, but failed to convert three set points (one on his serve and two on his return). Johnson broke back before closing out on his second match point.

Johnson has won 20 of his last 26 matches, including his first career title on grass in Birmingham. He will face Grigor Dimitrov for a spot in the semifinal. Johnson has won two of his three matches against Dimitrov, including a four-set win at Wimbledon this year.

Thanks to this win Johnson will become the top-ranked US player by overtaking John Isner next week. The new American No.1 also recently won an Olympic double bronze medal with Jack Sock in the men’s doubles last week.

“It hasn’t sunk in yet. I don’t know if I ever thought it was possible. I think it is just great we have a lot of guys pushing toward the top and that’s what we need in American tennis”, said Johnson.