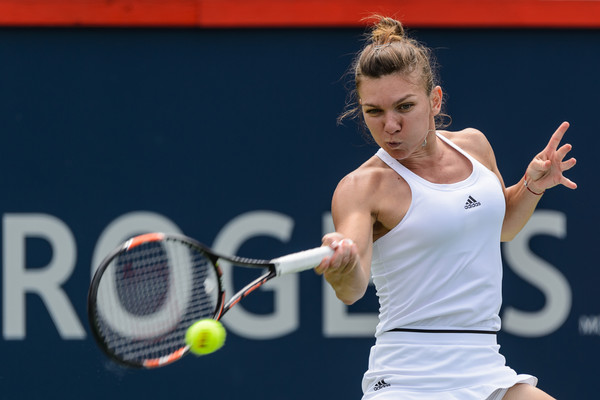 Venus Williams was faced with 10th seed Madison Keys, 15 years younger. This match might be an indicator of how the 2nd and 3rd best Americans might do for the rest of the season. Keys ran away with the lead in the first set, taking it 6-1. The second set was more level, eventually heading to a tiebreak. Williams has continued her incredible tiebreak record in 2016, 84%. She won the tiebreak 7-2, sending the match into a final set. Keys won the deciding set 6-3, launching herself into the quarterfinals of Rogers Cup. Keys has served 12 aces, and won 11 out of her last 12 matches. With other upsets in the top half, Madison Keys has been left the highest in the section of the draw.

Keys’ opponent in quarterfinals will be the Russian 16th seed Anastasia Pavlyuchenkova. Pavlyuchenkova upset the World No. 4 Agnieszka Radwanska in a match that was very similar to Keys’ match in scoreline, but quite different in everything else. There were 11 breaks of serve in the whole match, which is pretty much the opposite of the great serving skill shown in the Keys – Williams match. Pavlyuchenkova advanced to the quarterfinals after a 6-4 6-7(4) 6-1 win.

7th seed Roberta Vinci has also been defeated before the gates of quarterfinals. Young Daria Kasatkina was the one putting up a stop to the veteran, 6-3 7-5. This is not a good lead up to have for the US Open, especially when Vinci will have to defend a slam final. If Vinci suffers an early loss at US Open, she could depart from the Top 20, so she will need every point she can get in the rest of the US Open Series. Kasatkina’s quarterfinal opponent will be the 2nd seeded Angelique Kerber, who turned her match around against 17th seed Elina Svitolina, winning 1-6 7-6(2) 6-4.

The most surprising quarterfinal will be played by 15th seed Johanna Konta and surprise qualifier Kristina Kucova of Slovakia. With the title in Stanford, Konta has now won 7 matches in a row and will be at a new career high. The Brit has taken advantage of the open draw, with the Top seed being replaced by a lucky loser. Her path to the quarterfinals lead through the Americans Shelby Rogers, Vania King, and Varvara Lepchenko. Kucova will break the Top 100 for the first time in her career, and her path to quarterfinals was definitely more difficult. In the main draw, Kucova was started off with Yanina Wickmayer, winner of the Washington tournament the week before. The Slovak was then faced with Carla Suarez Navarro and Eugenie Bouchard, both of whom she defeated. Kucova has gone to 3 sets in all 3 of her matches so the fatigue might partially play into the match.

Bouchard Dumps Cibulkova Out of Rogers Cup; Kerber, Radwanska Through