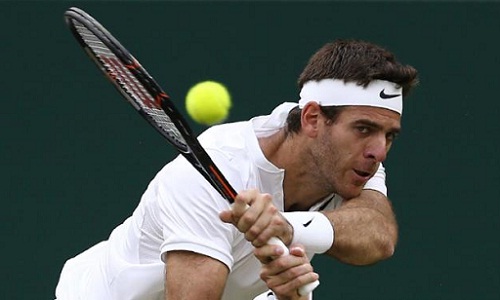 In a fresh controversy at Wimbledon, Juan Martin del Potro and Lucas Pouille exchanged verbal volleys during their third round encounter on Saturday.

According to The Guardian, it all started when a del Potro shot was called wide by the umpire. In agreement, Pouille gestured that it was well outside the line. This, however, didn’t deter the Argentine from challenging the call. Astonishingly, the hawk-eye suggested that the ball was just in, provoking a wry look from del Potro.

This didn’t go down well with Pouille as the Frenchman appealed to chair umpire Fergus Murphy that the challenge wasn’t spontaneous.  His argument with the umpire was subsequently interrupted with del Potro asking his opponent to “shut up” which triggered further argument.

Some hormones flying around here. Delpo to Pouille ‘shut up’. pic.twitter.com/TmpqRERMo6

The Wimbledon Report: An assessment Of The Women’s Fourth Round Matches

The Wimbledon Report: Shocks Galore On Day Four At SW19