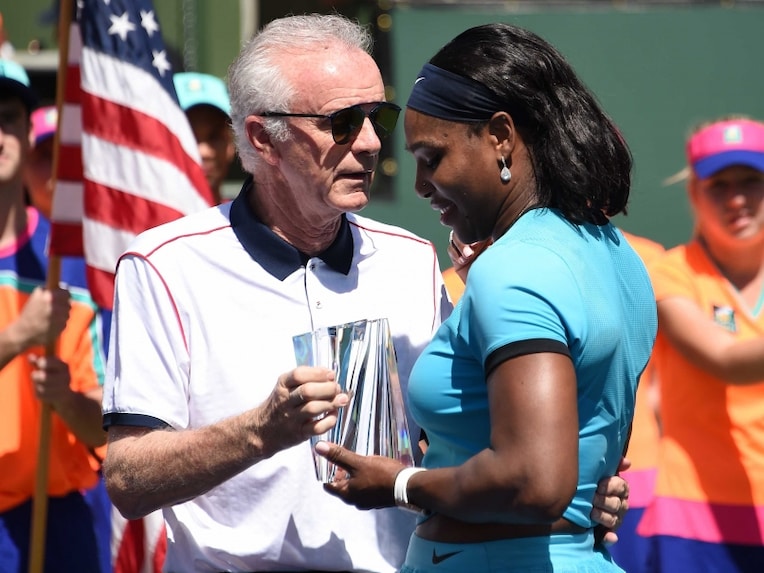 Raymond Moore has resigned as the CEO of the BNP Paribas Open following a major backlash over his controversial comments about the women’s game.

On Sunday Moore infuriated the WTA Tour when he said during a morning meeting with the media that women players should ‘go down every night on their knees and thank god Roger Federer and Rafael Nadal was born’. Moore, who has been the CEO of the tournament since 2012, claimed that the men’s game have ‘carried the sport’ and not the women.

The comments have sparked outrage in the tennis world, prompting a sharp response from world No.1 Serena Williams. Novak Djokovic was another player to condemn Moore’s comments before he reignited a debate about equal prize money in tennis. The departure of Moore was confirmed by the owner of the BNP Paribas Open, Larry Ellison.

“Earlier today I had the opportunity to speak with Raymond Moore,” said BNP Paribas Open Owner, Larry Ellison.
“Ray let me know that he has decided to step down from his roles as CEO and Tournament Director effective immediately. I fully understand his decision.”

Moore has been involved with the tournament for over 25 years. Prior to his position of tournament CEO, he was the former owner and managing partner. Earlier in his life he was a professional South African tennis player who achieved a career ranking high of 34th in 1976. During his career, he won eight doubles titles between 1974-1981.

Further on in his statement, Ellison paid tribute to the women’s game and thanked them for their work for equal prize money. Since 2007 all four Grand Slam tournaments pay the same amount of prize money to both men and women.

“I would like to personally thank all the great women athletes who fought so hard for so many years in the pursuit of equal prize money in professional tennis. And I’d like to congratulate them on their success. All of us here at the BNP Paribas Open promise to continue working with everyone to make tennis a better sport for everybody.” He later added.

There is currently no information concerning who will take over from Moore as the new CEO of the prestigious tournament.