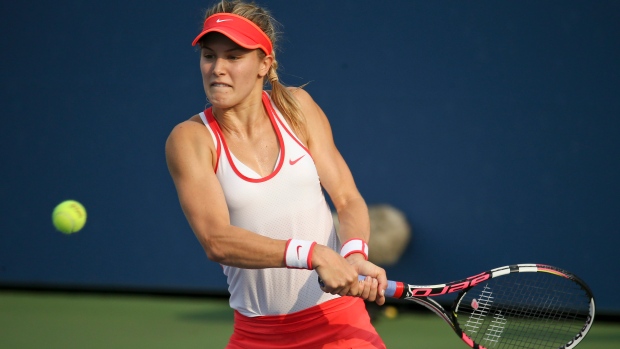 A solid victory today for number six seed Eugenie Bouchard in Kuala Lumpur. The Canadian beat easily Cagla Buyukakcay, world number 128, in two sets 6/1, 6/4 and 1h32 minutes on the court. Bouchard will play semi-final tomorrow. A good performance to give her confidence after a bad start of the year.

In the first set the young Canadian played with a lot of power and control. She dominated her opponent and took the break first at 2/1. The more difficult was done. Cagla Buyukakcay didn’t won an other game and lost the set 6/1.

In the second set Bouchard asked for a medical time out. She felt bad, probably with the heat in Kuala Lumpur. After the match was more tight. Both player were focus on there service game but it was again Eugenie Bouchard who broke first at 2/2. An other break at 4/2 and the Canadian was serve for the win and the qualification into the semi-final.

Cagla Buyukakcay put pressure on her and took the break to stay in the match. She won her service game easily and Bouchard had to serve for the match, again.

This time the Canadian won her serve and the match. A great satisfaction for her, to win in two sets. In the next round Bouchard will play Sabine Lisicki or Naomi Broady.