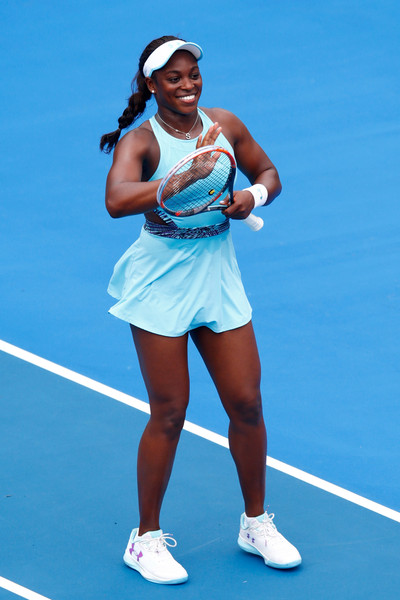 Dominika Cibulkova keeps her winning record against Christina McHale after beating her in the semifinals 6-3 6-3. Sloane Stephens powered through an arguably tougher opponent in Yanina Wickmayer, winning 6-2 6-0.

Dominika Cibulkova faced off Christina McHale in a replay from the final of Acapulco International 2014. Fatigue and the 4:00 PM heat in Acapulco most definitely did not help McHale, as she had to play 3 sets in all her previous matches. Cibulkova played a strong focused game, as she broke her opponent 5 times and served at 75% in. After her match, Cibulkova said: ‘This is the first time in my career that I’m in the final of a tournament that I’ve won before, I won this tournament two years ago. And now coming here this year, I’m in the final now. It’s a great feeling.” Cibulkova has now a 9 match win streak in Acapulco, and has reached the first final of a tournament since Kuala Lumpur in 2014.

Her opponent in the final will be the second seed Sloane Stephens. The American has faced Yanina Wickmayer in the semifinal. Their only previous meeting was played in the first round of Miami last year, when Stephens won 6-1 6-3. Stephens was definitely on her game tonight and proved that she matches up really well against Wickmayer. Stephens dominated on her serve, winning 84% of points after her first serve and offering her opponent only one break point in the whole match.

“Obviously playing in the semifinals of any tournament is going to be tough,” Stephens said of her commanding victory. “Fortunately today I played some really solid tennis and played really well. It was a good day for me.”

The head-to-head between the finalists is at 1-1, with Cibulkova winning their last meeting at the Canadian Masters, 6-3 6-4. This will be Stephens’ second final this year, as she won a title in Auckland, beating Wozniacki and Goerges along the way. Cibulkova’s best result this year, other than this tournament, has been a semifinal in Hobart, though she has also beaten Wozniacki during her quarterfinal spell in St Petersburg. I expect a well matched battle between these two players, and one that will definitely be worth tuning into for a WTA fan, at 6:00 PM local time and at 1:00 AM CET.