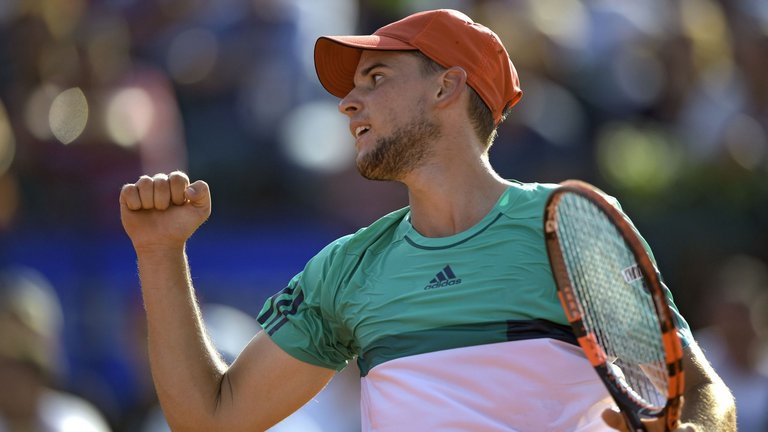 Thiem adds another clay court title under his belt as he claimed Gstaad, Umag, and Nice, during the 2015 campaign.

Almagro was playing in his first ATP final since Houston 2014 where he lost against Fernando Verdasco.

The 30-year-old, who was seeking his 13th ATP title, was hoping to come up with his second career Buenos Aires crown after prevailing over Juan Ignacio Chela in 2011.

The Spaniard also came runner-up against David Ferrer in the 2012 edition.

The final match developed under a ravaging Argentinian sun that blistered through the heavy clay court at the Buenos Aires Lawn Tennis Club.

During the first set, Almagro blew a couple of break point chances as his opponent was able to scuffle out of a tight situation serving 3-4 15-40.

It all went down for the Austrian as he quickly capitalized the set with a commanding 7-2.

For the second set, Thiem could not grab hold of a break point opportunity as he led 3-2 30-40.

However, the Spaniard did not miss on his chance to break the youngster’s serve and hold his own to go ahead with a commanding 5-3 lead which subsequently, the Spaniard would break again to claim the second set 6-3 leveling the sides.

The heat started to break through both players, but it looked like it was taking its toll on the youngster as he quickly trailed 2-0.

However, the 22-year-old was able to catch his breath and come back to level the set at 2.

Both players kept battling along to take the Buenos Aires ATP final for a decisive tiebreaker in front of a cheering Argentinian crowd who had the chance to witness a real gladiators brawl.

Almagro looked as the favorite to win as he quickly took the lead 3-1 but the impressive youngster who had eliminated in the semifinals a struggling Rafel Nadal saving two match points was able to come back and confirm his brilliant week winning the tiebreak 7-4.

This is Thiem’s second career win over Almagro. Previously they clashed last Month in the second round of the Australian Open, where the Austrian won in straight sets.