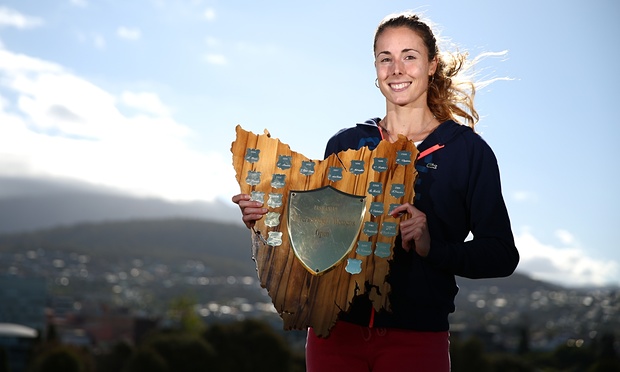 The Hobart final saw opposed the French n.7 seed Alizé Cornet and the Canadian Eugenie Bouchard. The match was only fought at the beginning of each set, since that moment on, the French found her way to an easy victory. In the first set, Cornet immediately broke Bouchard’s serve thanks to a mishit smash, a double fault and another unforced error; the Canadian immediately counter-broke, but this was just an illusion for her that there could’ve been a match today. In fact, in the following game Genie lost her serve game, and then Cornet won the fourth game after a harsh battle. Τhis fourth game was deciding, it drove Bouchard a little crazy, leading her to commit many unforced errors out of a lack of patience, leading the Canadian quickly to a 6-1 defeat. The second set seemed to see a more effective Bouchard, who went up 2-0, but then Cornet found consistency again and the Canadian once more started making unforced errors; this led to a 6-2 win by Cornet. Such a bad perfomance by the 2014 Wimbledon runner-up, who also during the second set threw a ball at the crowd out of anger, may find an explanation in yesterday’s effort in the semi-final against Dominika Cibulkova, which was much more physically demanding than Cornet’s win over Larsson.