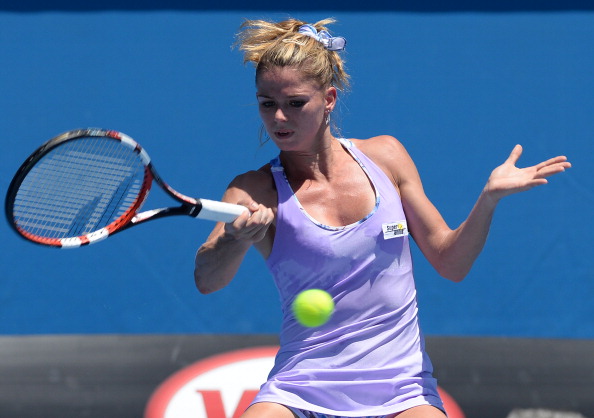 DAY ONE IN Hobart

The first match of the main draw saw playing Margarita Gasparyan, from Russia, n.61 of the ranking, against Maddison Inglis, an Australian Wild Card born in 1998 and currently ranked at World No. 781. The match level wasn’t very high, the game mainly saw a challenge on who failed before from the baseline, even if Inglis sometimes tried to mix up her tactics and come forward to the net and Gasparyan showed some beautiful one-handed backhand, both cross-court and down the line. The match was mainly decided by the greater experience and better physical performance of the Russian In the first set, a surprise seemed about to come, as the Australian wild card took a 3-0 lead, but then the Russian recovered to 3-3 and also broke once again, reaching 4-3 score with serve on her advantage. Inglis fought back, and broke to equal the score to 4-4, but after that lost the set 6-4. In the second set Gasparyan immediately went up 2-0 and then also 5-1, then she failed a match point on Inglis serve and was broken back, but eventually won the set and so the match 6-3

In the following encounter on centre court, Alizee Cornet, n.7 of the seed and 43 of the ranking, faced Denisa Allertova, n.62. The match was a tipical challenge from the baseline of nowadays’ WTA, but none of the players involved has much power in her strokes, and there were lots of unforced errors too, so the show wasn’t very good. Cornet, the favourite according to the ranking, started worst and went down 1-3 in the first set, but then, despite her tipical low results with the serve, was able to recover and won the set 6-4. In the second set the French woman went up a break and served for the match the first time on 5-4, but then lost the game. She anyway won the set 7-5 two games later.

She hasn’t had an easy path, but in the end Camila Giorgi moved on to WTA Hobart second round defeating Z. Diyas. The italian, now the highest ranked player in the draw since Sloane Stephens withdrew, won a fought first set in which she had to break her opponent twice and to save some break points in the tenth and deciding game. In the second set Giorgi lost her pace and so the first five games of the set, set which ended 6-1. In the final set, Camila Giorgi imposed her powerful game and the kazaki Diyas couldn’t do apparently anything; the third set also finished 6-1, this time in advantage of Giorgi. Giorgi will face the winner between Hidino and Parmentier.