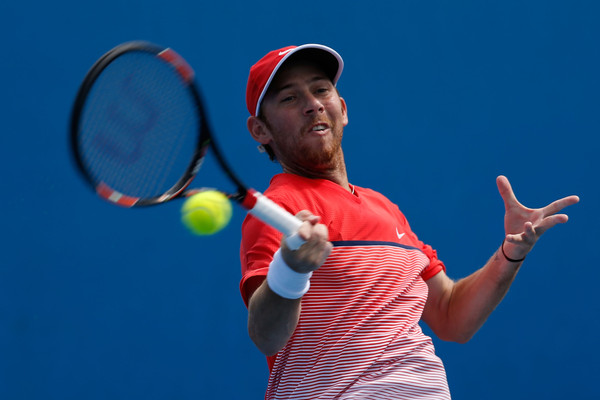 Few things can frustrate a tennis fan more than seeing a player that pulls off a huge shock not back it up in the following round. Fernando Verdasco falling to Dudi Sela in the second round of the Australian Open suggests that his victory over Rafa Nadal is more down to the off-par performance of the latter than the well-doing of the former.

Verdasco’s approach against Nadal was like a gambler placing his chips on red or black at the roulette table. Victory or defeat, winner or unforced error, all depending on where the ball falls. 90 winners and 91 unforced errors are proof of the risks the Madrid-born player took against the Majorcan. Against Sela it was 56 winners to 63 unforced errors and this time the ball didn’t land on Verdasco’s colour. The Israeli took the clash 4-6, 6-3, 6-3, 7-6 and makes the most of Nadal’s draw as he is presented with a tremendous opportunity of making inroads at the Australian Open.

That same opportunity has fallen into the hands of Andrey Kuznetsov, who meets Sela in the third round after upsetting 30th seed Jeremy Chardy in straight sets. The Russian only won eight more points than his opponent in total but he came out on top when it mattered and he now has the chance of reaching a grand slam fourth round for the first time.

Gael Monfils overcame fellow Frenchmen Nicolas Mahut, on his 34th birthday, in straight sets and will face another compatriot in the shape of Stephane Robert, who defeated Rajeev Ram. The American, just like Verdasco, couldn’t back up a surprise win against Kevin Anderson.

Milos Raonic set up a third round meeting with Viktor Troicki after overcoming Tommy Robredo and Tim Smyczek in straight sets respectively. And just below them in the draw, the big upset of the day was produced by Lukas Rosol -who knows a thing or two about surprises- who put Jack Sock to the sword 7-6, 7-6, 6-3. The American was clearly hampered by his bruising first round encounter with Taylor Harry Fritz and an illness he was overcoming which forced him to retire in the final of Auckland.

“The illness was pretty unfortunate timing for myself coming into the Australian Open, I was disappointed I couldn’t be 100%. But it’s not an excuse, because once I got out there I was feeling pretty good. Today was just his day“, admitted a gallant Sock.

On a day of gold and green tears, as Australia and the world of tennis bid farewell to one of the sport’s toughest competitors and brightest stars of the last twenty years, John Millman provided the locals with some joy as he overcame huge serving Gilles Muller in five sets on the day that will always be remembered as the day Lleyton Hewitt hung up his racket. The Queenslander made the third round of a Grand Slam for the first time with a 4-6, 6-4, 6-2, 4-6, 7-5 win.

“It’s a massive thing for someone like myself who has really only spent a year in the top 100. I managed to turn the tables around today when I was being outplayed at the start of the match. I had to dig deep today and change things up and find a way and I managed to”, said Millman about his breakthrough win, and he also had words for Hewitt: “He’s set the benchmark for Australian men’s tennis for a long time. He’s had a lot of hurdles along the way It hasn’t been smooth sailing for him. I have a lot of respect for him. I’m glad he’s going to have a big part in men’s tennis in the future”.

Millman now faces a player he grew up with, Bernard Tomic, who capped off the night’s action with a gruelling four set win over Simone Bolelli. “It kind of sucks we have to play each other. But if it’s meant to be it’s meant to be. I’m happy to be playing John, he had a very good win against Gilles so congratulations to him”.

Other second round results today included:

The End Of An Era: Lleyton Hewitt Exits His Final Australian Open