Maria Sharapova will headline the field at the upcoming Fed Cup final as she bids to grab the title which has eluded her throughout her career.

The 28-year-old has reached No.1 in the world, claimed 35 WTA titles, won every Grand Slam at least once and has an Olympic silver medal to her name. Despite her impressive trophy collection, the Fed Cup trophy is still missing from her triumphant cabinet.

Sharapova will lead the Russian team in the final against the Czech Republic this weekend. The clash will be hosted at the O2 Arena in Prague, Czech Republic. It will be unfamiliar territory for the Russian, who will play in the Fed Cup for just the fifth time in her career. Prior to the final, Sharapova has played in the quarterfinal of the tournament four times between 2008-2015.

During a pre-draw press conference in Prague, Sharapova admitted that she was entering unfamiliar territory as she praised her team.

“It’s a new experience,” said Sharapova. “I’ve been part of the team on different occasions, but never in the final. There’s an incredible opportunity for me. It was a huge victory for the girls beating Germany in Sochi as I couldn’t be there and I don’t think many people thought we would come through.”

Joining Sharapova in the Russian team will be Ekaterina Makarova, Anastasia Pavlyuchenkova and Elena Vesnina. The team will have their work cut out against the Czech Republic, who has won the title in three out of the last four years (2011, 2012 and 2014). The Czech team will consist of four top 50 players (Petra Kvitova, Lucie Safarova, Karolina Pliskova and Barbora Strycova).

With the prospect of playing the defending champions on their home soil, Sharapova has acknowledged that she and her team will be the underdogs in the final.

“We are going into this final as underdogs”. Sharapova said during the press conference.
“We expect a stadium full of Czechs – I’m sure there will be some Russian flags flying around – but there will be more Czechs in the stadium than Russians. Our full concentration will be on what is ahead of us and not on what’s going on around us”.

This year, Sharapova has had a poor record against Czech players, with a win-loss of 0-3 (including her retirement against Barbora Strycova in Wuhan). In the fourth round of the French Open she lost in straight sets to Lucie Safarova and during the WTA Finals she lost to Petra Kvitova.

The two-day final will get underway on Saturday November 14th.

Why Argentina shouldn’t despair after enduring a disappointing year 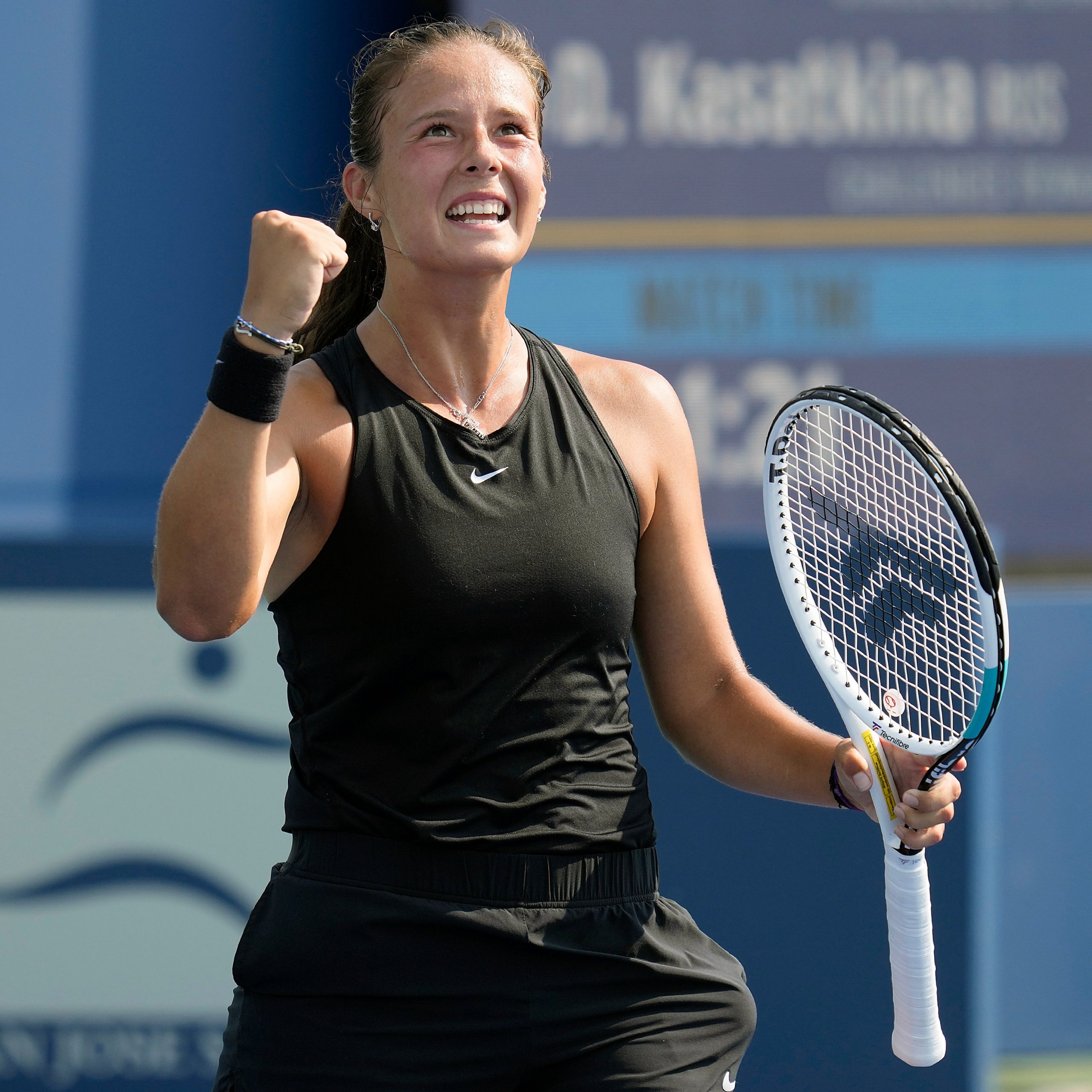 Canada are off to a winning start at the Billie Jean King Cup Finals. 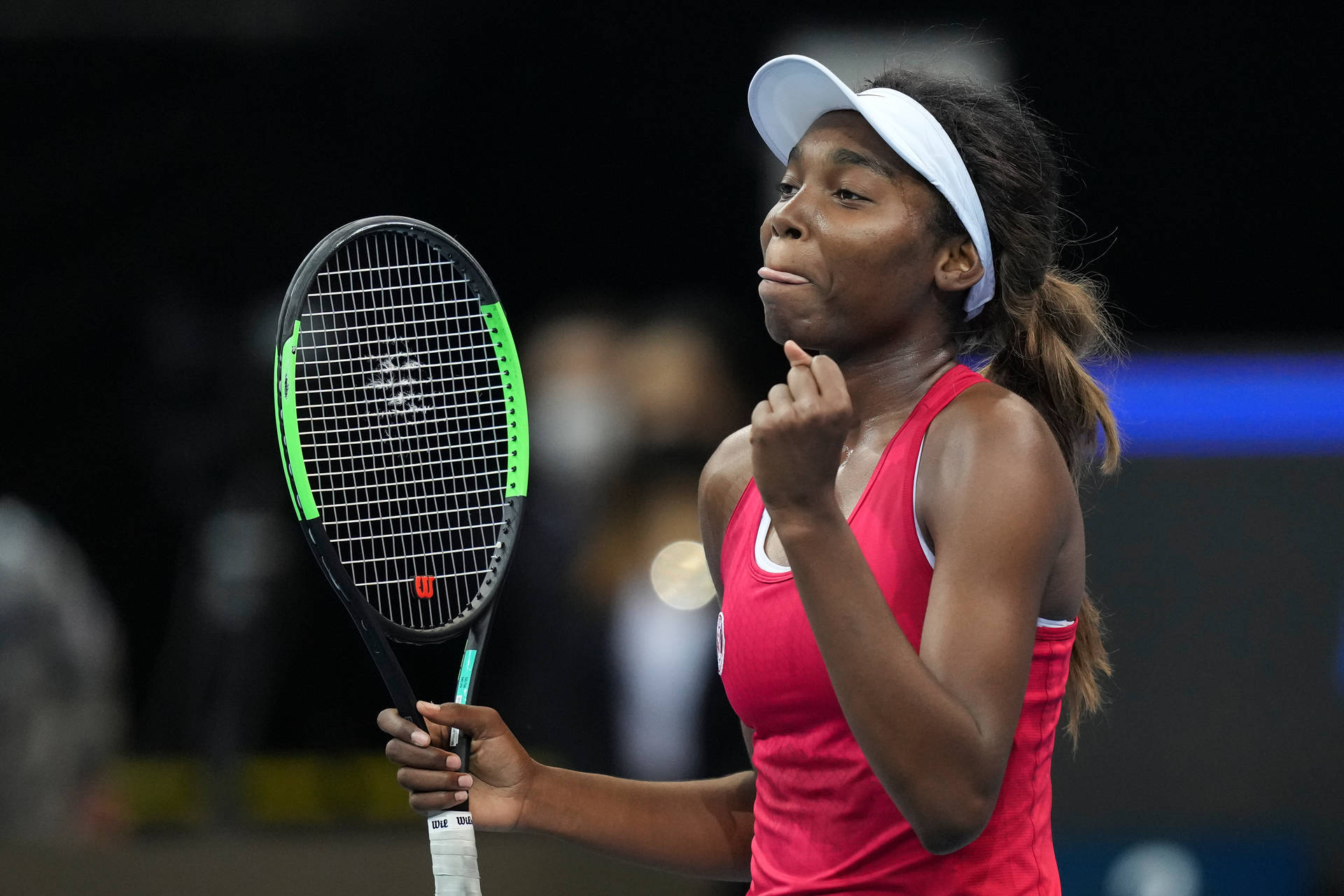 Despite missing their two best players and being major underdogs Canada caused a major upset beating the defending champions from France.

Canada is officially top of the group after beating France 2-1 over three rubbers which included singles and doubles. Francoise Abanda took on Fiona Ferro while Rebecca Marino faced the veteran Alize Cornet.

In doubles, Marino and Gabriela Dabrowski teamed up to play against the French duo of Clara Burel and Cornet in a decisive tie deciding doubles match rubber.

Abanda gets past Ferro

Francoise Abanda was a very interesting story coming into this year’s edition of the Billie Jean King Cup as she hadn’t played in over a year and after contracting Covid made her return in Prague at the O2 Arena.

She wasn’t able to consolidate the break and it went back on serve and at 5-4, the world number 105 had a set point and was able to serve out the first to give first blood to France.

Winning the first set seemed to motivate Ferro and she managed to break in the first game of the second set and jump out to a 2-0 lead but the Canadian bounced back and won the next two games.

She broke once again to take a 3-2 lead and that break was enough for her to force a third and deciding set.

The third set stayed on serve with both players having great chances to break but couldn’t convert and at 1-1 it was the Canadian who got the early break and that one break sufficed to serve out the match and the win.

The Vancouver native faced the world number 59 from Nice and it was the Canadian who jumped out a 2-0 lead in the first set but the lead couldn’t hold and Cornet won two straight games.

She then got the crucial break for a 3-2 lead and that break was just enough for her to serve out the first set.

The world number 59 continued to roll and broke in the third game of the second set but at 3-2 the world number 148 broke right back to level the set at 3-3 and the set was decided by a tiebreaker.

Marino jumped out to a 2-0 lead and turned that into a 4-1 lead when the Nice native mounted a comeback and won three straight points to level the breaker at four.

At 6-5, Cornet had a match point and she took it to level the tie at one rubber apiece and the tie was decided by a decisive doubles rubber.

Dabrowski who is a top 10 player in doubles showed why that is in the first set when she and Marino managed to get the first break of the match for a 2-1 lead.

That one break of serve again proved to be crucial as she served out the first set and Canada was one set away from a major win.

The second set stayed on serve until 3-2 when the duo of Burel and Cornet got the first break of serve but at 5-3 when serving for the set was broken and the set was decided by a tiebreaker.

The tiebreak was back and forth and at 6-5 France had a set point to send it to a match tiebreak but Canada managed to save it and at 7-6 broke serve one final to seal the win and the tie.

Canada will once again play in the morning session on day two as they will face Russia and a win against the Russians will send them through past the group stage and into the knockout round.