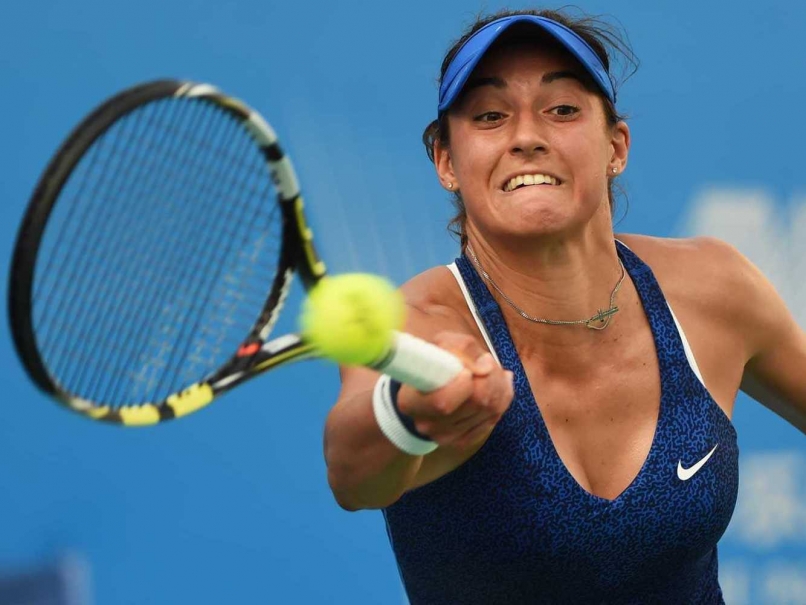 Frenchwoman Caroline Garcia had a comfortable victory over Louisa Chirico at the Engie Open de Limoges winning in straight sets in just over an hour: 6-1, 6-3. Garcia made the most of her wildcard to earn her first WTA title of the year and second in her career. The twenty-two year-old won the Bogotá title in 2014. Garcia was the third seed in this tournament and is currently ranked 35; she reached her highest ranking of 25 in March of this year. The Frenchwoman had experienced some good results this year, reaching the finals in Monterrey and Acapulco and having wins over highly ranked players. She bested Petra Kvitova at Cincinnati and had three wins over Ana Ivanovic in 2015. This was also a fine week for the young American, Louisa Chirico, whose current ranking is 120. In her first year playing at this level, the nineteen year old had been losing in the early rounds at WTA events, although she did reach the semifinals in Washington D.C.

Garcia jumped off to a terrific start quickly going up 4-0. In the first four games the home-crowd favorite won 100% of her first serves, while the American lost all her first service points. Chirico won her first service point in the fifth game with an ace and went on to hold that game. However, Garcia resumed her dominance for the rest of the set and won it under 24 minutes. Garcia won 80% of her service points for the set, compared to only 35% for Chirico. Garcia did not face a breakpoint in the set (nor in entire match). In addition to serving well, Garcia’s was able to dictate play with powerful groundstrokes.

The Frenchwoman continued her strong play to start the second set, holding at love in the first game. It looked like Chirico might have regained her form as she held her serve in the second game. However, Garcia proceeded to win the next three games again with good serving and penetrating groundstrokes to go up 4-1. Each player held serve for the next three games bring the score to 5-3 with Garcia serving for the title. Chirico saved one match point with a smash winner to get the game to deuce, but Garcia closed out the match with a drive-volley winner and a fore-hand out wide that Chirico could not handle.

Novak Djokovic is Proud of Serbia in Dealing With Immigrant Crisis