TENNIS ATP ACAPULCO – David Ferrer clinched his fourth title at the Abierto Mexicano in Acapulco with a 6-3 7-5 win over Kei Nishikori continuing his impressive 2015 season in which he had already lifted two trophies in Doha and Rio de Janeiro. This year he boasts an impressive record of 18 wins and just one defeat. Nishikori has moved up to World Number 4 by reaching the Acapulco final. Diego Sampaolo

Ferrer got his first break in the fourth game to take a 3-1 lead after Nishikori committed a double fault. Ferrer dropped his serve in the seventh game. In a trade of breaks Ferrer broke straight back in the eight game before serving out the opening set to love. Ferrer started the second set with a break to love before getting a double break to cruise to a 3-0 lead In the second set but this year’s Memphis champion Nishikori got one of the two breaks back in the fourth game before holding his serve in the next game. The Japanese player broke serve and clawed his way back into the match to draw level to 4-4. Ferrer broke serve after a very long ninth game for 5-4 but Nishikori broke straight back for 5-5. Ferrer managed to break serve again to take the 6-5 edge before closing out the match after one hour and 40 minutes to clinch his 49th career title. The second set featured seven breaks of serve in 12 service games. Ferrer hit 11 winners, while Nishikori committed 40 unforced errors.

Ferrer broke his losing streak of five consecutive head-to-head matches against Nishikori. Ferrer is the first player to win titles in Acapulco on different surfaces (clay and hard court)

“Tonight I played my best match this week. I played very aggressive, without mistakes. To win here for the fourth time is a dream. I tried to play my forehand with more energy. In important moments he made more mistakes and I took my chances. I feel very confident with my tennis now. I have won three tournaments this year and we have just begun the season”, said Ferrer.

Andrey Rublev: “I don’t expect anything from myself in Melbourne”

Russian 22-year-old rising star Andrey Rublev started the 2020 season on a high note winning back-to-back titles in Doha and Adelaide. He beat French Next Gen player Corentin Moutet in the final of the Doha Qatar Exxon Mobil Open in the first week of the new year and repeated the feat by beating South African rising star Lloyd Harris in Adelaide.

Rublev picked up where he left off in 2019, when he won the Kremlin Cup in his hometown Moscow beating Adrian Mannarino in the final and finished runner-up to Nikoloz Basilashvili in the Hamburg final. The player coached by Fernando Vicente scored the biggest win of his career when he beat Roger Federer in Cincinnati to reach his first Masters 1000 quarter final before losing to eventual champion Danil Medvedev. At the US Open he beat Stefanos Tsitsipas and Nick Kyrgios en route to reaching the fourth round at the US Open before losing to eventual semifinalist Matteo Berrettini.

“I was not thinking about this statistic, but it’s an amazing feeling. I am really happy. I hope I keep working. I hope I keep improving, and we’ll see what’s going to happen”, said Rublev.

Rublev will open his Australian Open campaign against local favourite Christopher O’Connell in the first round. The Russian player is projected to play against David Goffin in a potential third round match, Alexander Zverev in the fourth round and Danil Medvedev in the quarter final.

Rublev, who has never advanced from the third round at the Australian Open, has no expectations for the first Grand Slam of the season.

“I am not waiting anything from myself in Melbourne. The only thing is that I want to fight and I believe well on court in my first match. Then we will see. I don’t think  I am invincible, but for sure I am more confident in what I do after two titles in a row. I am working to be more consistent, to be more mentally strong. This is what we were working for and I am happy that these two weeks went this way. I got two titles. It’s amazing. I never had this before”, said Rublev.

Roger Federer has rejected concerns that air quality will affect the Australian Open ahead of his first round match on Monday. 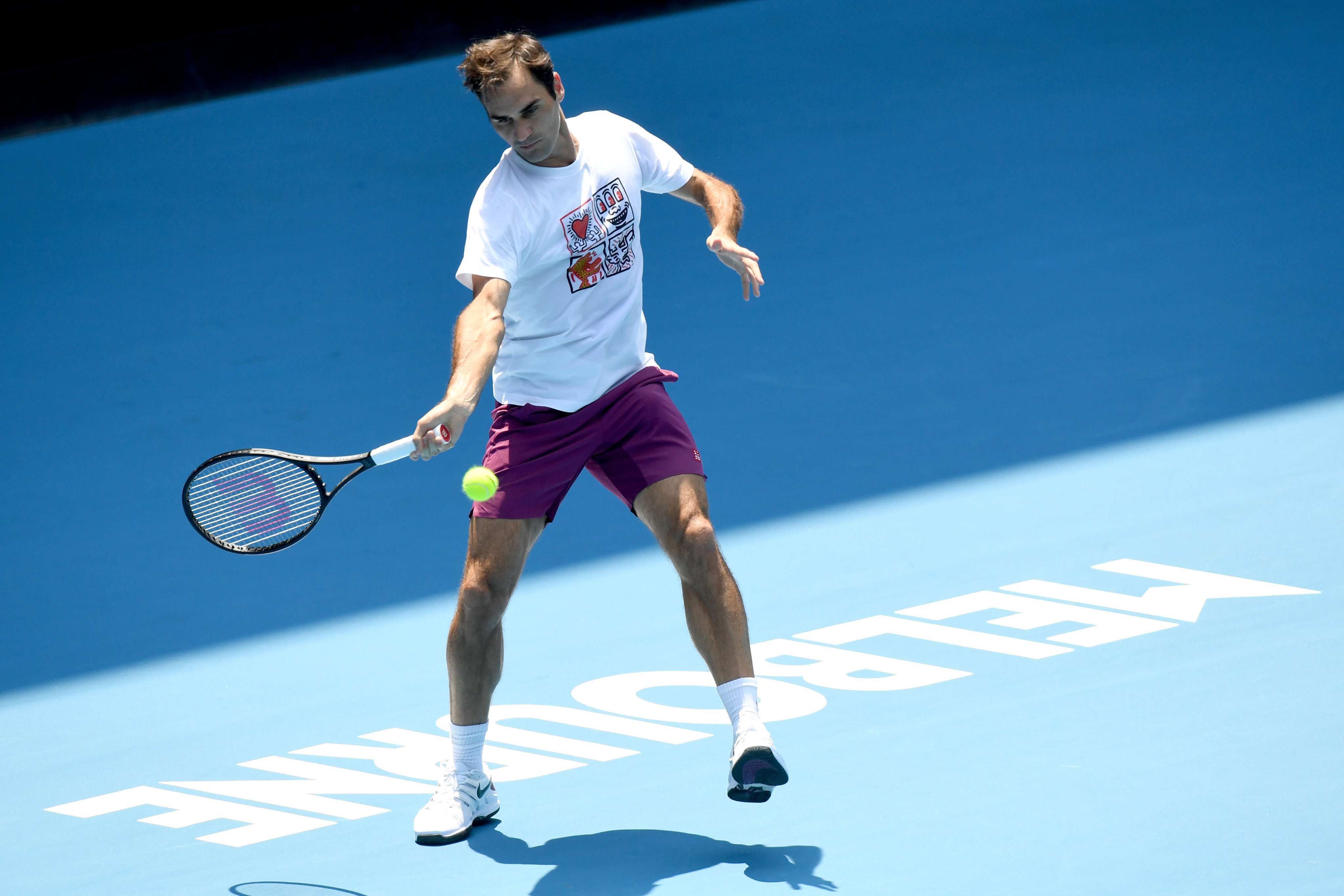 Roger Federer has rejected the idea that air quality concerns will be a factor at this year’s Australian Open.

Recently air quality has been fairly unsafe as a recent result of the Australian bushfires that have impacted many parts of the country.

Melbourne has been one of the cities that has been impacted the most with many animals, firefighters and civilians suffering.

As the Australian Open approaches, it has also affected the first grand slam of the year with many players in qualifying suffering on Tuesday and Wednesday with conditions being deemed unsafe to compete in.

This has raised concerns about the tournament itself, which starts on Monday and one player that has been criticised in his lack of action is Roger Federer.

The 20 time grand slam champion is on the ATP Players Council and today he broke his silence, insisting that the air quality shouldn’t be a factor at this year’s Australian Open, “No, I don’t worry. From what we were told yesterday in the player meeting, the Olympic Games and other competitions have the numbers set at 300. Ours is set at 200,” Federer told the media on Saturday.

“From that standpoint, I think we’re moving in a very safe range. We’re not here for six months straight at over 200, 300, you know. That’s when maybe effects really become bad. No, I don’t worry too much, to be honest. I worry more for everybody else who is in the fire, in the smoke. Also we can stay indoors all day, quickly go out and play, go back in again. It’s not like we’re stuck outside at all times.

“I think communication is key from the tournament to the people, to the media, to the fans, to the players, because you do hear it’s not safe to be outside, keep your pets inside, close your windows. You have court calls, then you look at the haze and everything, it doesn’t look good. I think we’re going to get through it and it should be fine. It shouldn’t move, no.”

Conditions are expected to get safer in time for the first week of the grand slam as rain has hit the latter stages of the past week in Melbourne.

Although Federer has played down concerns of the air quality causing harm to the players, it is still is a cause for concern amongst tournament directors if the conditions played a part in the second week.

As for Federer, he starts his Australian Open campaign against Steve Johnson on Monday and is taking the tournament one match at a time, “I got to really make sure I get out of the gates quick,” Federer said.

“Practice has been going well. Had plenty of time to pace myself and do all the things I had to do to get ready. I hope it’s enough. I know it’s a super long road to victory. That’s why I got to take it one match at a time. My expectations are quite low. No, I’m excited to play Steve. He’s a good guy. I think with his old-school playing – big forehand, slice backhand, good serve – I think it’s going to be a nice match for me, as well.”

The Swiss will be looking for his 7th Australian Open title in Melbourne and his third in four years but will have to play Novak Djokovic before the final. The match with Johnson will be third on Rod Laver Arena on Monday after Naomi Osaka and Serena Williams play their matches.

Andrey Rublev: “I don’t expect anything from myself in Melbourne”