US Open: Berdych and Dimitrov get past testy 1st round opponents

US Open 2014 – Caroline Wozniacki: “She wasn't an easy opponent. She's young and hungry”

The Austrian’s roller-coaster season continues with him yet to win a match this year. 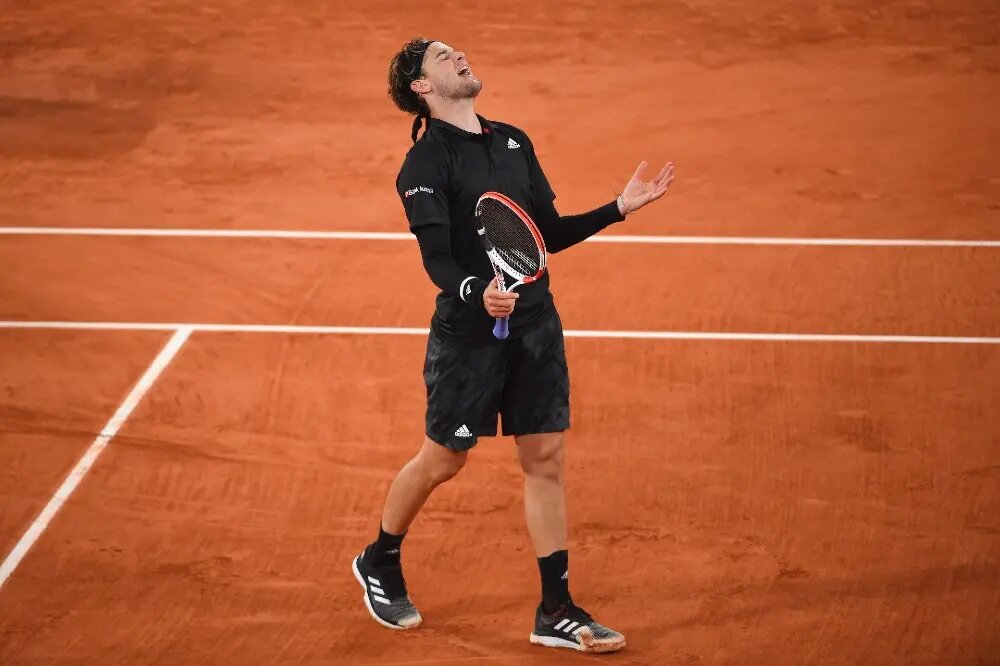 For the second year in a row Dominic Thiem has lost his opening match at the French Open after falling in straight sets to Hugo Dellien.

Thiem, who has fallen down the world rankings to 194th due to injury, was unable to control his unforced error count throughout his 6-3, 6-2, 6-4, loss. He produced glimmers of his best form, particularly when it came to hitting backhand winners down the line, but the inconsistency was his undoing. Resulting in a clinical Dellien charging to only his third main draw win in a Grand Slam tournament. During the match Thiem hit a staggering 42 unbforced erros which was 28 more than his oponent.

“I think this is the best win career so it’s a very special day,” Dellien said during his on-court interview.
“Dominic is such a good player that he will for sure come back a higher level and fight for the best places in this tournament.” He added.

After being sidelined from the Tour for nine months between 2021-2022 due to a right wrist injury, Thiem has endured a disappointing return to competitive tennis. Coming into this year’s French Open he was 0-6 in matches played so far this year and had only won one set which was against John Millman at the Serbian Open.

However, Paris has largely been a place full of happy memories for the 28-year-old Australian who reached the final in 2018 and 2019. Thiem has won more matches at the French Open (28) than any other Grand Slam tournament in his career. Until now, his only blip occurred 12 months ago when he suffered his first-ever first round loss at the tournament to Spain’s Fernando Verdasco.

It was evident that the former Grand Slam champion was physically and mentally far from his best. Playing into the hands of an inspired and clinical Dellien. A former world No.2 junior player who has won eight clay-court Challenger titles during his career. The Bolivian has been ranked as high as 72nd in the world.

Taking to court Simonne-Mathieu, Thiem found himself on the back foot early on due to some aggressive shot-making coming from across the court. Dellien, who was frustrated with the umpire giving him a time violation less than 20 minutes into the match, first drew blood in the fourth game when back-to-back Thiem unforced errors granted him a break as he surged to a 4-1 lead. The former world No.3 did produce glimmers of solid form, especially from the backhand side, but he was unable to recover. Paving way for Dellian to cinch the opener after a shot from his rival slammed into the net on set point.

Thiem’s woes continued into the second set after an error-stricken service game resulted in him getting broken once again. In total he produced six unforced errors during just two games. Meanwhile, Dellien continued his impressive solid form by producing some emphatic winners which earned him a growing fanbase among the crowd. During the second frame he produced just three unforced errors which was 10 less than that of Thiem.

Falling to a two-set deficit, Thiem looked spent on the court and emotionally flat. The mistakes started haemorrhaging from his racket on a more frequent basis throughout the third frame which silenced the French crowd.

In just under two hours Dellien worked his way to a game from victory. A clean forehand cross-court winner moved him to two match points. He converted his first with the help of yet another dismal unforced error from Thiem.

“It was not a good match at all, but it is what it is. I knew that it’s going to take time, that the level is extremely high from all the players competing here and I’m not there yet. I was really working hard to get there but the time was just not enough,” Thiem said during his press confrence.
“I’m not missing one specific thing, but many things, actually. Obviously there’s not enough power yet in my shots and it’s not only the forehand, I have way too low percentage of first serve, the first serve is not hurting enough. The backhand is okay, but as well it’s not long enough, it’s not fast enough.” He added.

As a result of his loss, the French Open is the second Grand Slam tournament where Thiem has suffered consecutive first round defeats after Wimbledon (2018 and 2019). He hasn’t won a Tour match since May 2021 at the Italian Open.