TENNIS – I am not sure if many who watched both the WTA (February 17-23) and ATP (February 24- March 1) Dubai Duty Free Tennis Championships realized that the respective champions from both event, Venus Williams and Roger Federer are well over the age of 32. Cordell Hackshaw

Indian Wells: Matosevic beats Klahn and qualifies for the second round

Is Becker the right coach for Nole? Ion Tiriac comments… 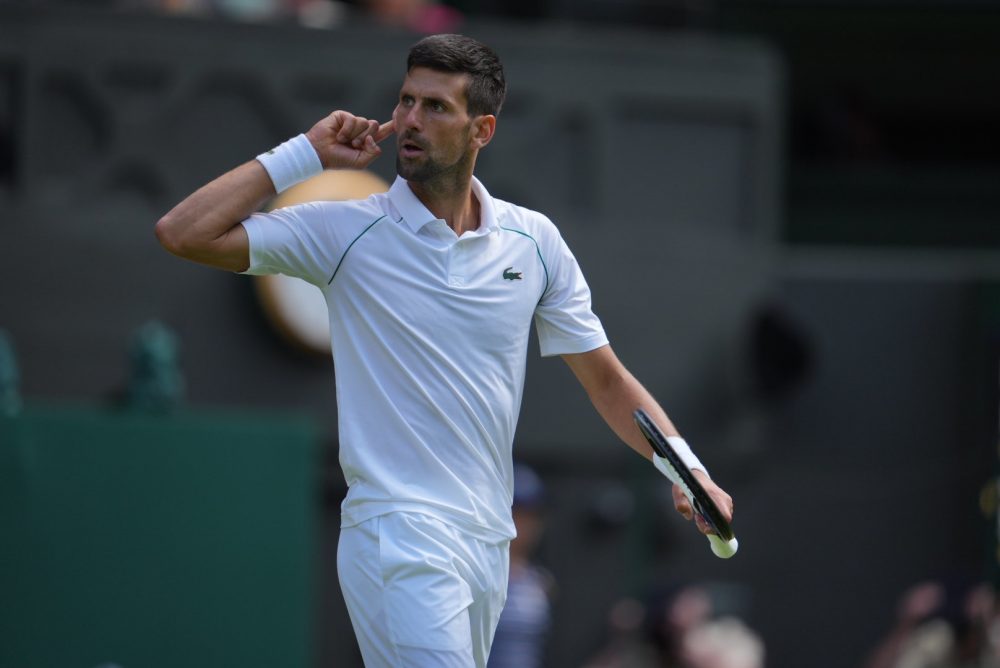 Tennis Hall of Famer Steve Flink joins UbiTennis to reflect on the highs and lows of day 8 of Wimbledon.

Will the upcoming quarter-final be Rafael Nadal’s hardest match yet? How will Nick Kyrgios’ shoulder recover?

The second Monday at Wimbledon was one full of intrigue in the men’s draw. Whilst on the women’s side, Simona Halep was in impressive form against Paula Badosa but tennis commentator Flink explains why he thinks her upcoming clash with Amanda Anisimova will be tougher.

After the foot problems in Paris, there is a strong possibility the Spaniard could be experiencing another injury issue.

There are fresh concerns surrounding Rafael Nadal after he declined to go into the reason why he was wearing abdominal taping during his fourth round match at Wimbledon.

The 22-time Grand Slam winner was seen wearing some kind of protection in the abdominal area after changing his t-shirt during one of the breaks. In recent weeks Nadal has been dealing with physical issues due to a long-term foot condition he has. At the French Open he revealed that he had to undergo injections in order for him to continue playing en route to winning the tournament for a 14th time.

Playing 21st seed Botic van de Zandschulp, Nadal battled his way to a 6-4, 6-2, 7-6(6), win. Speaking to reporters after his latest win at The All England Club, the Spaniard sidestepped a question about a potential abdominal problem he could be experiencing.

“I am a little bit tired of talking about my body. It’s not that I don’t want to answer your question, but at the same time sometimes I am tired of myself, all the issues that I am having. I prefer to not talk about that now,” he replied.
“I am in the middle of the tournament and I have to keep going. All respect for the rest of the opponents. I am just trying my best every single day. For the moment I am healthy enough to keep going and fight for the things that I want.”

Continuing to stay coy about his form and health, Nadal offered an alternative perspective when asked if he was nearing his best level once again. He has dropped just two sets in four matches played so far at Wimbledon which is his first grass-court event since 2019.

“It’s always the same here. It’s not about how close I am to the level or not. I don’t know that. I can’t predict what can happen.” He said.
“But the positive thing is the first two matches haven’t been good. Then two days ago I played at a high level for the first time. And today most of the matches, again, at a very positive level.”

The straight sets scoreline failed to tell the true story of Nadal’s roller-coaster win on Center Court. Taking on Zandschulp, a player who burst onto the main scene last year by reaching the US Open quarter-finals as a qualifier, the 22-time major champion engaged in a match of two halves. Nadal looked on the verge of an easy victory after breaking once in the first set, twice in the second and storming to a 5-2 in the third. However, the Dutchman refused to go down without a fight by displaying his best tennis of the match to draw level.

Now engaged in his first real test, Nadal was under intense pressure to close it out in three. If he didn’t there would have been an inevitable delay for the roof to come on due to poor light. If that occurred, there would be less than two hours of play left before the 11pm curfew began.

Nevertheless, Nadal didn’t need the roof as he squeezed through the tiebreaker. After squandering three consecutive match points, he prevailed on his fourth with the help of a lob that triggered Zandschulp to smash the ball out.

Nadal is through to his 47th major quarter-final and is only the third man in the Open Era to do so at Wimbledon after celebrating his 36th birthday. In total, he has won 309 main draw matches at Grand Slam tournaments.

In the last eight, the Spaniard has a shot of revenge when he takes on Taylor Fritz who ended his 20-match winning streak earlier this year in Indian Wells. During that match, Nadal had a rib injury and he had beaten the American earlier that month in Mexico.

“That last match (in Indian Wells) was zero because I had a stress fracture on my rib, and it was difficult to learn many things because the pain was terrible playing that match.” He said.

As for Fritz, he believes their upcoming clash will be at a higher standard given the form both players are currently in. Fritz is currently on a eight-match winning streak after recently claiming the Eastbourne Open title.

“It’s going to be a lot different match obviously. Indian Wells was kind of crazy with both of us being extremely beaten up before the final. This time I think we’ll get healthier versions of both of us, we’ll see.” Fritz previewed.

The question for nadal, is how healthy is the current version of him really is? Only time will tell.